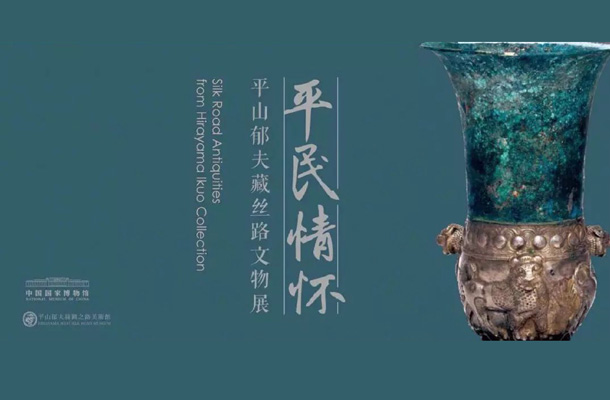 The exhibition "Commoners' Feelings - Silk Road Cultural Relics in Hirayama Ikuo's Collection" co-hosted by the National Museum of China Hepingshan Ikuo Silk Road Art Museum opened on November 27, 2018, and will be held in China from the opening day to February 14, 2019. South 6 exhibition halls of the museum are open to audiences from all walks of life. This exhibition is another important cooperation between the National Museum of China and Japan's literary and art circles after the "China, Japan and South Korea Painting Exhibition", and it is also an important achievement of cultural exchanges between China and Japan.

The Silk Road cultural relics collected by Hirayama Ikuo were previously exhibited at the Dunhuang Academy. The curatorial team of the National Museum of China has made the exhibition a brand new work by adding new exhibits and adjusting the outline design.

The exhibition displays 200 pieces (sets) collected by Hirayama Ikuo Silk Road Art Museum and 1 piece collected by the National Museum of China. Through the combination of ancient cultural relics and contemporary art creation, the exhibition tells the story of the magnificent historical dramas on the Silk Road in Eurasia from 2000 BC to the 8th century AD, showing the various civilizations on the ancient Silk Road. exchange and mutual learning in economic and cultural aspects. It provides a historical mirror and enlightenment for the construction of a "community of human civilization" today.

Mr. Hirayama Ikuo (1930-2009) is a Japanese contemporary master painter. He is unique in the Japanese painting circle with Buddhist-themed paintings. Mr. Pingshan has long been committed to assisting the protection of Dunhuang cultural relics, and has made outstanding contributions to Sino-Japanese cultural exchanges, which have been commended by the Chinese government. During his decades-long artistic and cultural trips to Central Asia, India and other countries, Mr. Hirayama, a staunch pacifist, has invested huge energy and funds in the protection of cultural relics in war-torn conflict areas. The collection of Hirayama Ikuo Silk Road Art Museum is the crystallization of Mr. Hirayama's life-long efforts. It mainly collects cultural relics collected and donated by Mr. Hirayama about the civilizations along the Silk Road.

The exhibition is divided into four units according to the regions of the exhibits:

The first unit, "The Great Sea" - the Mediterranean where civilizations meet. 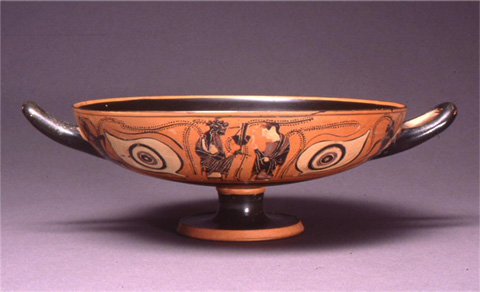 Red-coloured pottery cup with giant eyes, Athens, Greece, about 530 BC 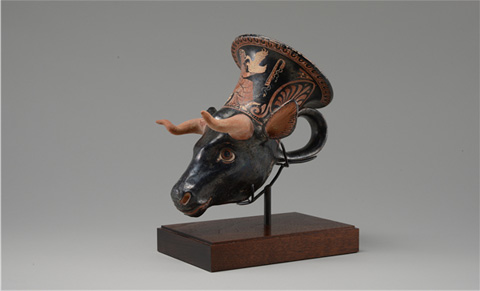 A red faience jug in the shape of a bull's head, southern Italy, 4th century BC

Unit 2, "The King of the Four Sides" - Mesopotamia and Iran

The earliest human civilization was born in the ancient Mesopotamia. From the unification of the two rivers by the kingdom of Akkad, to the Babylonian Empire, the influence of the two rivers civilization has reached from the Aegean Sea, Egypt to the eastern Iranian plateau. Under the infiltration of the former civilization, the Persian Empire rose in the 6th century BC. The Achaemenid Dynasty built the first empire across Europe, Asia and Africa, not only inheriting the title of "King of Babylon", but also calling itself "King of the Quartet". The Sassanid Dynasty, which rose in the third century AD, continued the glory of Persian civilization, and at the same time profoundly affected the far east. 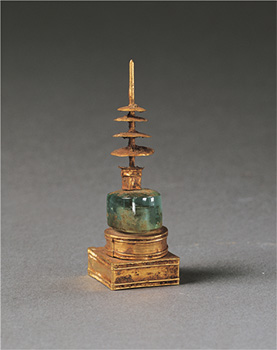 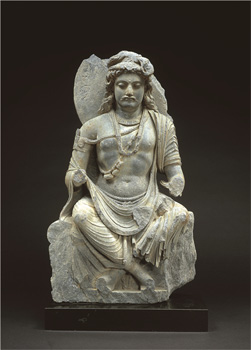 Unit 3, Zeus Buddha - Central Asia and India in the Blending of Civilizations

Central Asia, starting from Afghanistan in the west, Mongolia in the east, and northern India in the south, is the hinterland of Asia. It is not only the birthplace of ancient civilization, but also an important node of the ancient Silk Road. Because of the particularity of its geographical location, in history, this area has been constantly exchanged with the east and west for frequent cultural and material exchanges. In the earlier period, Central Asia was influenced by the two rivers civilization and Persia. After Alexander's Eastern Expedition in the 4th century BC, Central Asia opened the Hellenistic era. The Gandharan culture in Pakistan and northern India is the product of the fusion and combination of Greek civilization and indigenous Buddhist civilization in India.

The exhibition not only provides a panoramic view of the history of the Silk Road for nearly 3,000 years, but also profoundly reveals the nature of exchanges and mutual learning between civilizations, and shows the historical path of civilizations finally moving towards a "community of human destiny" in the process of mutual exchange and collision.

Previous：From the Mediterranean to China: Treasures of the Silk Road - Exhibition of Cultural Relics from the Silk Road Museum of Hirayama Ikuo
Next：High mountains and long waters, and objects for a thousand years——Culture and exchanges on the Silk Road