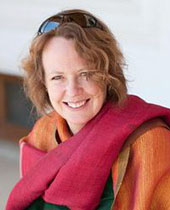 Current Research： My research over the past decade has concentrated on the material culture, history and religions of the Silk Road, resulting in several papers and books, most recently Silk, Slaves and Stupas: Material Culture of the Silk Road (University of California Press 2018) and Silk Roads: Peoples, Cultures, Landscapes (Thames and Hudson 2019). Research on a forthcoming history of the Silk Road Taklamakan kingdom of Khotan, funded by a Leverhulme Trust Emeritus Fellowship, explores the arrival of peoples and beliefs, notably Buddhists from Gandhara, and how their interaction with the existing population led to the development of a distinct culture and art. These same themes are central to my research for an exhibition project, ‘From Nara to Norwich’, which is focusing on the arrival of Christianity and Buddhism to other parts of the Silk Roads and the effects on the material cultures and landscapes. The exhibition will open in September 2021 at the Sainsbury Centre, University.

Recent Grants and Awards： • Labex TransferS Visiting Professor, AOrOc, École normale supérieure, March 2019. • Leverhulme Trust Emeritus Fellowship, 2018-2021: ‘Khotan: A Forgotten Silk Road Kingdom.’ • Stein-Arnold Trust Award, British Academy: 2018-19: for field trip to Dandan-Uliq, Khotan: changed to field trip to the Swat Valley, Pakistan. • Getty Research Fellowship, April-June 2016, on ‘Trade in the Tarim? The Evidence from the Material Culture of Buddhism.’ • Casa Asia Award, Spain, 2010, to Susan Whitfield as Director of IDP ‘for its enormous task in the recovery,preservation and exhibition of information and images of the manuscripts, paintings and textiles found in the Chinese city of Dunhuang and of the Silk Route’.

Translations： I have translated many books on the arts of China from Chinese into English. Most of these have been catalogues of Chinese Museums. These include: • National Museum of China. London Editions 2011. • The Caves of Dunhuang. London Editions 2010. • Shanghai Museum London Editions 2007. • The Treasures of the Nanjing Museum. London Editions 2001. • Ancient Chinese Bronzes in the Shanghai Museum. Scala Books 1996. • The Qin Terracotta Army: Treasures of Lintong. Scala Books 1996. • The Land Within the Passes: A History of Xian. Viking, London and New York, 1991 [Zou Zongxu, Qiannian gu du Xian, Hong Kong 1987]. • Chinese Textile Designs (co-translator with R. Scott). Viking, London and New York1992 [Gao Hanyu, Zhongguo lidai zhi ran xiu tulu, Hong Kong 1986].